Voice and other questions: Part One

For Issue 8 we’re exploring narrative voice. We asked a couple of Issue 8 writers some questions about their ‘voice’.  Do they write with a particular message in mind or greater thematic purpose? Is their writing for art’s sake or do they have another driver?

First up is Sandra Arnold,  whose story ‘When the Wind Blows’ is featured in Issue 8. Sandra is the author of Sing No Sad Songs (Canterbury University Press), Tomorrow’s Empire (Horizon Press), A Distraction of Opposites (Hazard Press). She has a PhD in Creative Writing from CQ University, Australia. Her short stories have been widely published and anthologised in New Zealand and internationally. She was the recipient of the 2014 Seresin Landfall Otago University Press Writers Residency, the winner of the 2015 New Zealand Heritage Week Short Story Competition, short-listed for the 2016 Grimshaw Sargeson Fellowship, and was on the Honourable Contenders List for the 2016 Bristol Prize. Her flash fiction has been published or is forthcoming from Jellyfish Review, Flash Frontier, The Linnet’s Wings, Flashflood Journal, The Story Shack, Fewer than 500, Fictive Dream, Olentangy Review, Zero Fiction, We are a Website, North & South and Headland. She was a finalist in the 2016 The Short Story Flash500 competition, long-listed in the 2016 Flash Frontier competition, and Highly Commended in the 2016 North & South Short Shorts competition.

My fiction often draws on environmental elements and their impact on people’s lives. Some of my short stories are set in the Arabian Gulf where I lived for a year and saw ancient buildings buried by the desert wind, and in Brazil, where I watched wind-fanned grass fires disfigure the Cerrado. In New Zealand, scorching nor’west winds rage across the Canterbury Plains in spring and summer, uprooting trees and sucking moisture out of the earth. During one such blistering wind, I saw, scored into a wooden plaque in the local butcher’s shop, the following quote from Gogol’s Dead Souls: ‘The air is torn and thundering as it turns to wind and everything on earth comes flying past.’ Soon after, I read Jan DeBlieu’s book, Wind, where she describes the different names hot dry winds are given in various parts of the world and how they affect the inhabitants and the landscape. She relates advice from medical professionals about avoiding major decisions when wild winds blow. With all this in mind I wrote the short story that appears in Headland 8, When the Wind Blows, which deals with the effect a prolonged nor’wester has on several families who live on the Canterbury Plains. 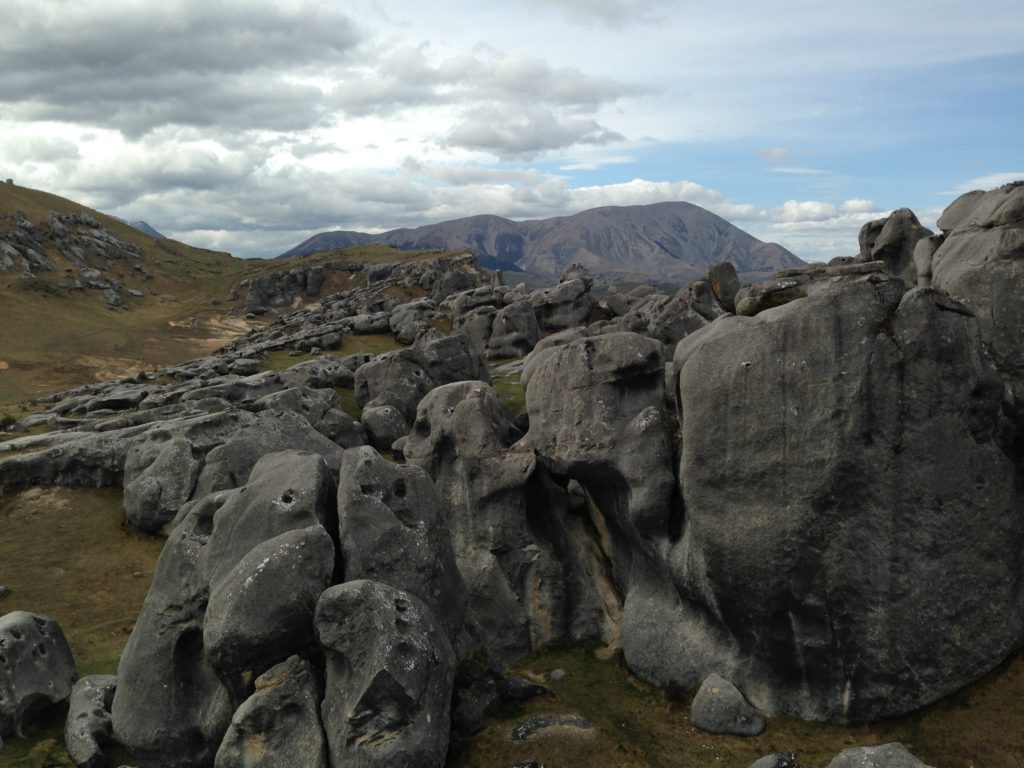 When I was 12, I watched a film on television about a herd of wild horses galloping through the surf. The film was in slow motion and I was mesmerised by the way the horses’ manes and tails caught the sunlight and sea spray, and the way light and shadow turned their eyes into dark hollows. As soon as the film finished I ran up to my room to write what I’d seen, thumbing through a dictionary to find new words to help me express my awe. I kept coming back to this story over several years, polishing and re-writing until eventually, six years later, I submitted it for a college assignment in creative writing and received a Distinction. That’s when the idea of becoming a writer seemed less nebulous.

My love of language grew from my father’s storytelling. He had been in the Merchant Navy and had travelled to exotic lands. When he exhausted his store of tales about the places he’d seen I gave him the titles and themes of stories I wanted him to make up. He also loved reciting the epic poems of Kipling and Longfellow. The books he gave me were of the adventure type that he had loved as a boy: Moby Dick, Gulliver’s Travels, Treasure Island, King Solomon’s Mines. Not surprising then that my first career choice was archaeologist. Though the career plans changed, my interest in what lay hidden beneath the surface remained. In my late teens I read my way through the Brontës, Austen, Eliot, Hardy, Dostoyevsky, Tolstoy, Pushkin, Gogol, Turgenev, Flaubert, Hugo, Colette and Woolf. In my twenties, I taught, travelled, married and wrote, mostly poems I had no intention of showing anyone. In my early thirties, after moving from the UK to New Zealand, I began writing short stories for broadcast and publication, drawing on the landscape and interior/exterior worlds.

My first novel, A Distraction of Opposites, published in 1992, also excavates beneath the surface. What began as an image of a big black spider lurking in the centre of a web became a metaphor for how people can become trapped in sticky situations. The novel examines the world of the subconscious in parallel with the conscious and the story is narrated by the female protagonist trapped by the ‘spider’, a mentally unstable male. I completed this novel while holding the inaugural Louis Johnson New Writers’ Bursary. My second novel, Tomorrow’s Empire, explores the rise of a religious fundamentalist in Turkey and the culture clash between East and West. This novel took ten years to write, off and on, as I needed to do a great deal of research and travel through Turkey. It is narrated through the voice of the Turkish male protagonist and was published in New Zealand in 2000, two years after the Iranian President Khatami declared he no longer supported the killing of Salman Rushdie for writing The Satanic Verses, though the fatwa would remain in place. The previous ten years had seen book burnings in the UK and bombings and killings elsewhere. Sensitivities about Rushdie’s book still ran high. When my publisher tried to have Tomorrow’s Empire published in the UK, not surprisingly, he was unsuccessful. 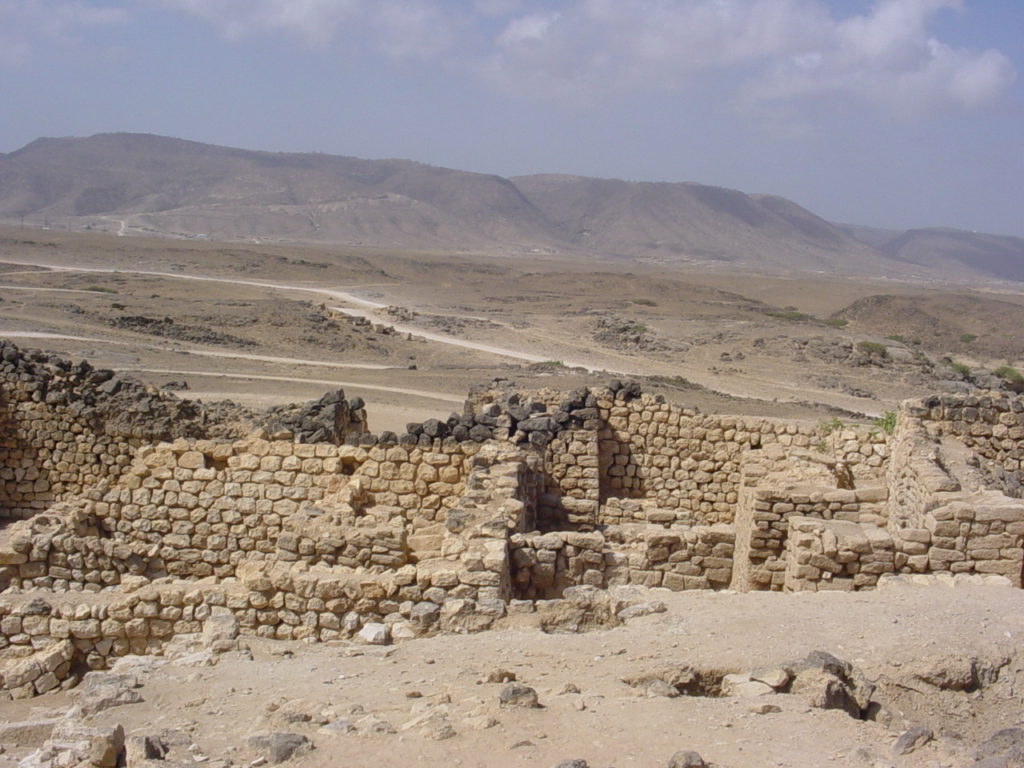 A year after Tomorrow’s Empire was published my youngest daughter, Rebecca, was diagnosed with appendix cancer at the age of 22. She died 13 months later in 2002. In the year following her death I could no longer read or write or listen to music. In 2003 my husband and I decided to change our environment and the opportunity came to live and work in Oman for a year. It was a good decision and I filled notebooks with the characters we met, the situations we found ourselves in and the beautiful lunar landscape of Oman. We returned to New Zealand via a short visit to Brazil, a country we’d lived in a few years earlier. Back in New Zealand I completed, with High Distinction, a Master’s degree in Creative Writing through CQ University in Australia. Some of the short stories which resulted from this, set in Brazil and Oman, were broadcast on Radio New Zealand and one, The Stone, was included in The Best New Zealand Fiction, Vol. 4. This story was inspired by finding a stone with our daughter’s initial on it as we swam in the Indian Ocean on the second anniversary of her death. 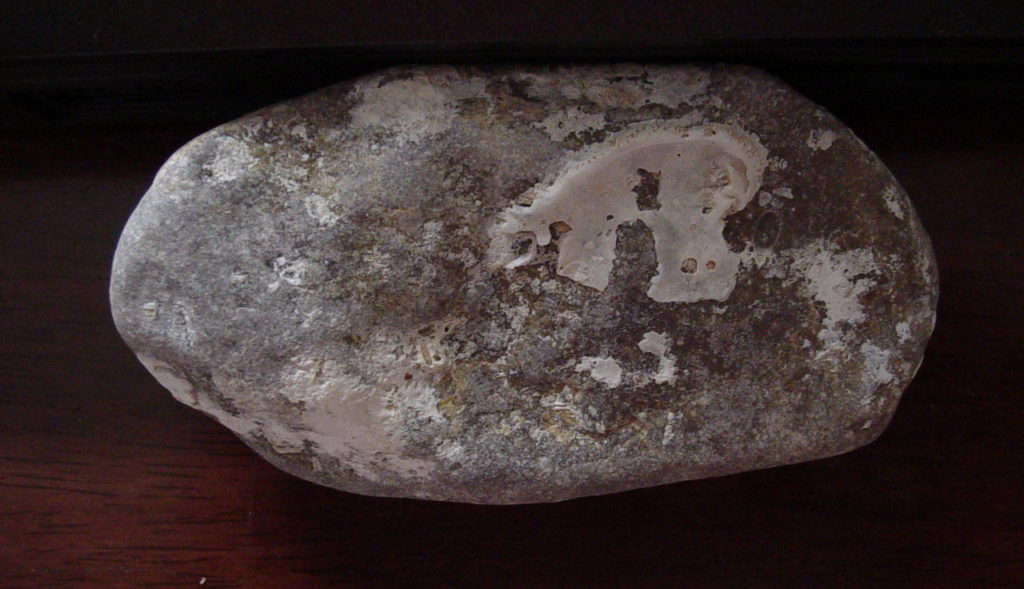 Found by Chris while sitting in the sea at AsSeif exactly 2 years after Rebecca died.

My reading at that stage consisted solely of books about grief and I found that although there was no shortage of literature on grieving young adult death from suicide or accident, young adult death from cancer was so rare that there was very little material available. I thought that writing my own book might go some way to filling that gap. Because of the amount of research necessary it made sense to tackle the subject as a doctorate. I completed my PhD in 2010. The creative non-fiction part of my thesis, which details my own experience of parental bereavement, was published in 2011 by Canterbury University Press as Sing No Sad Songs. After producing several papers from my exegesis and attending conferences delivering them I was finally able to move on from this topic. In 2013 I began writing a new novel and completed the first draft while I was the recipient of the Seresin Landfall University of Otago Press Writing Residency. 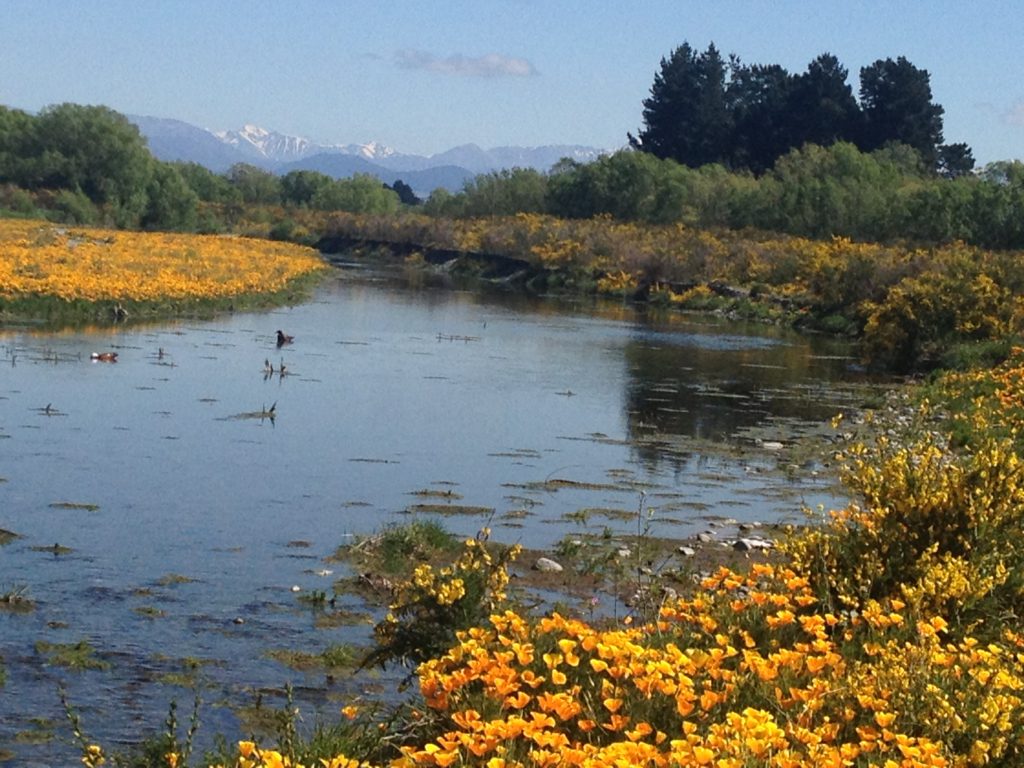 When I finished the final draft of this novel in mid-2016 I discovered the New Zealand flash fiction journal, Flash Frontier and its store of beautiful short narratives. I loved the use of language in many of these stories and the way so much could be implied in so few words. I decided to set myself the challenge of writing in very short forms. Flash fiction generates a continuous flow of ideas and I have found it to be excellent discipline for writing longer pieces too. Looking at the flash fiction and short stories I have written over the past few months I see that many of them deal with loss of various kinds, but also suggest new possibilities. The ideas for these stories come from diverse sources – newspaper articles, fragments of conversation, images, memories – but some appear perfectly formed, apparently out of nowhere. An example of this is The Gatherers in Headland 7. This appeared one day as I walked by the Selwyn River with my dog. The sky was vivid blue, the Southern Alps glittered with snow, the tracks were covered in wildflowers, and the only sounds were bees and birds and the dog splashing in the water. These things filled my mind. And The Gatherers arrived.

Sandra Arnold is the author of Sing No Sad Songs (Canterbury University Press), Tomorrow’s Empire (Horizon Press), A Distraction of Opposites (Hazard Press). She has a PhD in Creative Writing from CQ University, Australia. Her short stories have been widely published and anthologised in New Zealand and internationally. She was the recipient of the 2014 Seresin Landfall Otago University Press Writers Residency, the winner of the 2015 New Zealand Heritage Week Short Story Competition, short-listed for the 2016 Grimshaw Sargeson Fellowship, and was on the Honourable Contenders List for the 2016 Bristol Prize. Her flash fiction has been published or is forthcoming from Jellyfish Review, Flash Frontier, The Linnet’s Wings, Flashflood Journal, The Story Shack, Fewer than 500, Fictive Dream, Olentangy Review, Zero Fiction, We are a Website, North & South and Headland. She was a finalist in the 2016 The Short Story Flash500 competition, long-listed in the 2016 Flash Frontier competition, and Highly Commended in the 2016 North & South Short Shorts competition.

Previous PostThis is how it ends
Next PostNarrative Voice: Adjusting the shadows

Extras: Jenni Mazaraki and Lucy Zhang In Conversation 5 months ago

Figuring it out 6 months ago

Reflections of a teacher, writer and rebel 6 months ago

Extras: The River and the Moon 7 months ago