Extras: ‘The Mississippi Pulls You Under’ 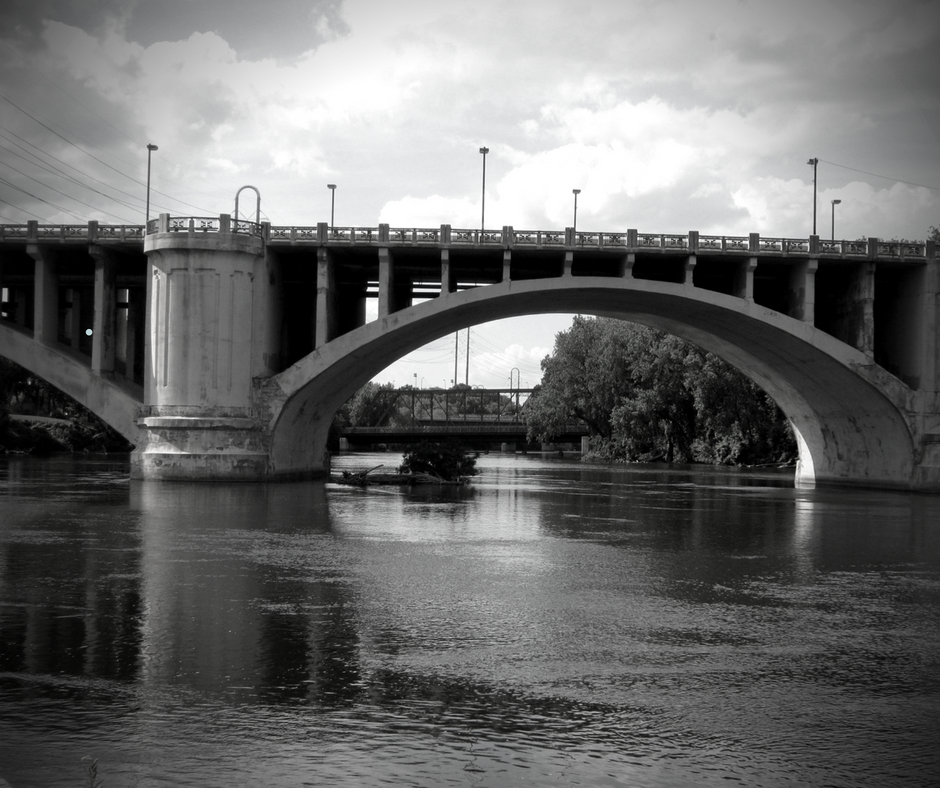 “This really is Memphis – built on the wreckage of pain and dismemberment, building beauty slowly from abandoned places we can’t help but revisit.”

One the stories from this issue that we cannot not get out of our heads is ‘The Mississippi Pulls You Under’ by talented U.S. writer, Aasiya F.M Glover. She is an Asian-American raised in the American South, currently residing in New York City and working as a lawyer. She has published one story in the now-defunct literary magazine Damazine, which was then published out of Syria.

We were so intrigued by her story (a work of fiction), that we asked her to tell us more. If you haven’t read Aasiya’s story, find it now in Issue 12.

1. The setting in your story feels like a character too, as it seeps into every paragraph. Can you tell us about your decision to choose Memphis as the setting?

I’m glad to hear that. It was important to me, when writing this story, to render the personality of Memphis, as I see it, as vividly as possible. I remember sitting down to write the first paragraph of the story – it wasn’t even a choice really, just an outpouring of emotion. I was staying at my parents’ home, in the country outside Memphis, while on vacation; the night was thick and it was raining. There is almost nothing as oppressive and as loving as a summer night rain out there. It was necessary, an act of compulsion, to convey what this place — this comforting, suffocating place — means. And ultimately, to tell this story, it had to be in that place – where poverty and wealth, country and town, death and life, are so intertwined. It was important, too, that the narrator have something clear and constant and concrete to reference when reporting about the tragedy – I think the narrator finds meaning through locating the crime in a place like Memphis.

2. Perhaps we’ve been listening to too many true crime podcasts/documentaries, but your story unravels at a perfect pace and feels so real, we had to double check you hadn’t submitted creative non-fiction. How did the story flow you for when you were writing it. Did you set out to write a piece of fiction that focuses on the build up to an horrific crime?

I remember having to leave the story several times, waiting to come back to it with another piece. I knew what I wanted to say about Memphis, and social interactions there, but it was more difficult to order the Inez’s story.  I knew the ending at the beginning; I knew where I wanted to end up. The question I couldn’t figure out was how and why such an event would happen; what pieces would lead to this exact crime on this exact day, at this exact time? When we hear about crimes, especially murders, we can sometimes accept the events as somehow inevitable. I wanted to convey the confusion of looking back on a single moment in time that has such irrevocable consequences, when something as final as death is created by the most tentative, uncertain interactions.

3. Inez Cooper is such a vivid character. You portray her with a fullness and sense of agency that her mother and others around her lack. She stands out for her differences, and total unselfconsciousness compared to her peers. Is this something that I’m assuming as reader (that she doesn’t care) or do you think she’s genuinely uncaring of what others think of her? Can you tell us more about her as a character?

I think Inez is fighting not to care. She grew up around people who cared deeply, about social norms and achievements, about conventions.  Her mother, while ultimately apathetic, still performs the conventions of her role, and in that role dissolves away. She goes about her daily life as she wishes, with knowledge that that agency is truly better than the lack of agency she sees around her.  Inez rejects these norms, sees through them, but cannot help but be pained when she brushes up against them. Often difference and rejection of norms and conventions requires a rejection of routine, of pattern. Even if Inez’s difference is ultimately empowering, it is also painful for her — a little like life is out of joint — to live perpendicular to the stability (both in life and in relationships) that norms and convention taught her to expect.

4. The boyfriend is a shadowy figure in this story. When the reader first clocks the age difference, we feel a sense of foreboding. No good can come of a teenaged girl with a significantly older boyfriend. How did you decide to build tension in this story?

I wanted the threat from the boyfriend to be a slow burn. I wanted the reader to question the initial feeling that the age difference would harm Inez in some way.  Inez has so much agency, seemingly in contrast to those around her, that the reader could be forgiven for stepping back from judgment at her choice of boyfriend. The reader should slowly come to terms with how problematic the boyfriend is, even as the reader learns to appreciate Inez’s own self-awareness, so that when the ultimate crime happens, there is no suggestion that Inez walked blindly into this, or could have prevented it, or should have done anything different. I wanted this to be a story of a strong, intelligent woman who became involved with a man who would eventually kill her, so that, even though the reader sees signs of danger, the reader doesn’t try to make such a sad story make sense, or fit it into a calming pattern by calling Inez stupid or crazy or “lost” or “in a phase”.

5. Can you tell us about Orange Mound and the condemned children’s hospital?

Orange Mound and the condemned children’s hospital in the story are fictionalized versions of real places in Memphis.  Orange Mound is one of the more impoverished neighborhoods in Memphis, where, like many cities in the South, neighborhoods of poverty and wealth sit in checkerboard squares next to each other. Also like many towns and neighborhoods in the South, it has a storied history of self-reliance and resilience, overshadowed by decades of job loss and physical disrepair. It’s also a physical marker of Memphis’s shame – its long refusal to engage with and revitalize its communities, especially communities of color. I wanted all of Memphis to be present in the story, and I wanted it to be clear that Inez was part of Memphis, all of it.

The condemned children’s hospital is a reference to an old hospital in Memphis that sits on the land owned by the Ornamental Metal Museum just on the bluffs overlooking the Mississippi. To get to the Metal Museum, you have to drive through deserted and broken down buildings coming out from downtown, and then (usually) down West Illinois, past the abandoned Marine Hospital. The brick buildings are enormous and beautiful – almost like a castle – but they are surrounded by fence overgrown with ivy and kudzu. They have been abandoned for over 50 years, with signs still standing and lights still hanging, even as the inner walls peel and the wood decays.  (To get a look inside without traveling to Memphis, there are amazing websites with gorgeous pictures, such as this one) It’s harrowing to walk by them on your way to what should be a candy-fluff day of education and ornamental metal – but it’s also a supremely Memphis experience to be able to climb into or through such an old, beautiful building with ghosts standing under every broken light.  This really is Memphis – built on the wreckage of pain and dismemberment, building beauty slowly from abandoned places we can’t help but revisit. 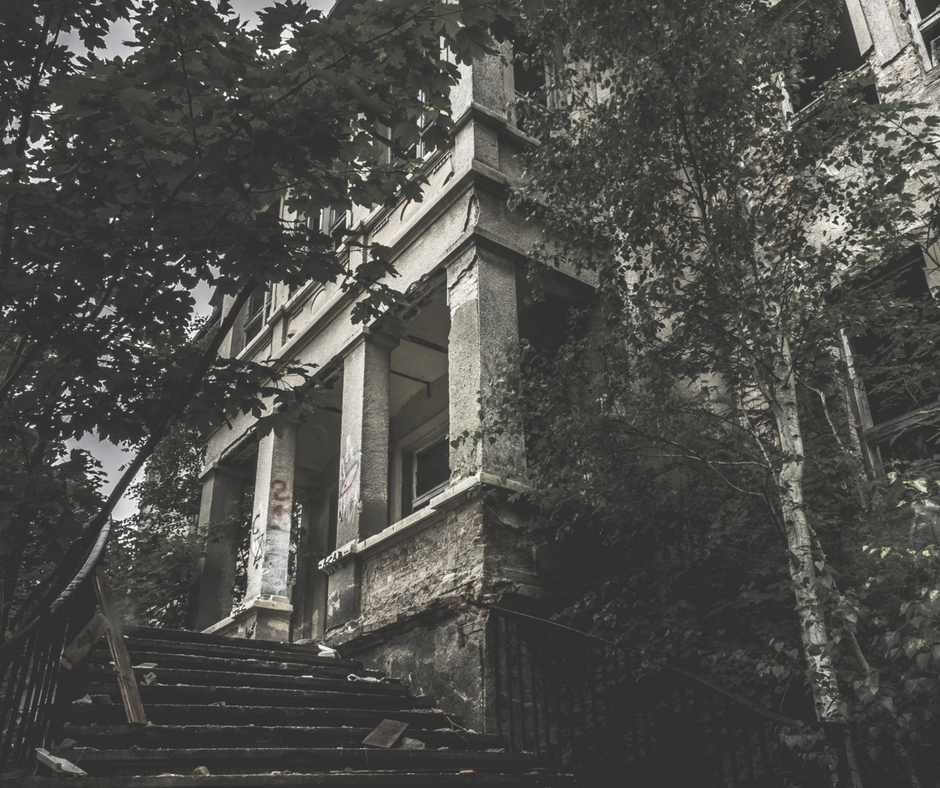 6. Speaking of shadowy figures, your narrator is entirely oblique. Talk to us about the way you structured your story. I like very much that the telling feels like you could be hearing it from a kid in her class. Gossip seems to be a significant currency in this story.

This is a technique I use often when I’m writing about the South – telling a story through the voice of an unknown (or unknowns), who conjectures. The narrator is someone who has a vested interest in the story but is on the outside of the group with all the information. She has to take what pieces she can, what memories she has, to understand. She relies on gossip, and knowing the incompleteness of her knowledge, tries to build in the rest based on what she wishes, or wants, or believes. Perhaps especially when writing about the South, an outsider narrator who relies on gossip and myth and legend seems to me to be the best way to communicate the truth of uncertainty.

7. Is there anything else you would like to share about this piece? If you were to sum it up in a sentence, how would you describe it?

In one sentence: It is the story of young woman struggling to understand loss, and to make that loss have meaning.

Aasiya F. M. Glover is an Asian-American raised in the American South, currently residing in New York City and working as a lawyer. She has published one story in the now-defunct literary magazine Damazine, which was then published out of Syria.

Previous PostWhere I Write
Next PostKehua in the Text