We’re into weird here at Headland. We like the oddball characters, the ones that you wouldn’t want to meet in real life, but that you’re grateful to have run into fictionally, so to speak. We like the characters that you’d want to be on a long car ride from Wellington to Auckland with, as well. Nice ones, that have interesting conversation. We like old ones, little ones, mean ones, and all of them in between. We like them when they ring true, and get in your head. Short stories offer a challenge to writers to flesh out memorable characters with a limited word count. We’re really interested in the process that writers go through to create the people/things that drive their stories. We asked three Issue 9 authors to share their characterisation process with us.

We kick off with Craig Burnett, author of ‘Seeds’, sharing his thoughts on his main character, real estate agent Kirk. Craig’s story is very topical, reflecting some of the themes currently playing out in New Zealand’s rental market.

Craig is a former journalist, who now works for a global politics think tank. He was born in Dundee and lives in south London, where he writes about awkward conversations, nasty surprises and the weight of the past. He has stories forthcoming in Noble Gas Quarterly, Flexible Persona, Fictive Dream and the Glasgow Review of Books. He tweets as @cburnettwriter

My story is about a young and desperate flat-hunter, who meets an estate agent with a unique, efficient but very morbid business model. Kirk, the estate agent, is a grotesque figure, but hopefully not cartoonish. The whole story springs from the frustrations of trying to rent in a big city, and Kirk has a lot of the traits you might recognise from estate agents you meet in that situation – a sort of bouncy, vacant enthusiasm, and an unsettling tendency to babble well-rehearsed phrases (or even whole speeches). There’s some frustration beneath his patter though, which comes out later in the story.

There is one specific estate agent that came to mind when I was creating Kirk, who I met five or so years ago. He wasn’t terrible, but there was some low-level deception/obfuscation/pressuring. Standard London flat-hunting stuff. He was showing me and my girlfriend round a flat, and said he used to work in finance – but that he quit because he “didn’t want to do a job where people hated him”. If it was a joke it was delivered absolutely deadpan, so hats off to him, but I actually think it was a bit of a defiance thing – daring us to say how much we hate estate agents. I’ve met a few people who work in less popular jobs who do that – “I know what you’re thinking,” kind of thing. We rented the flat, for a year, and just before we moved out he came back with another couple to try to get them to move in. It was weird, watching him show them around. He didn’t say anything awful, but I still felt a bit like I was witnessing a mugging. 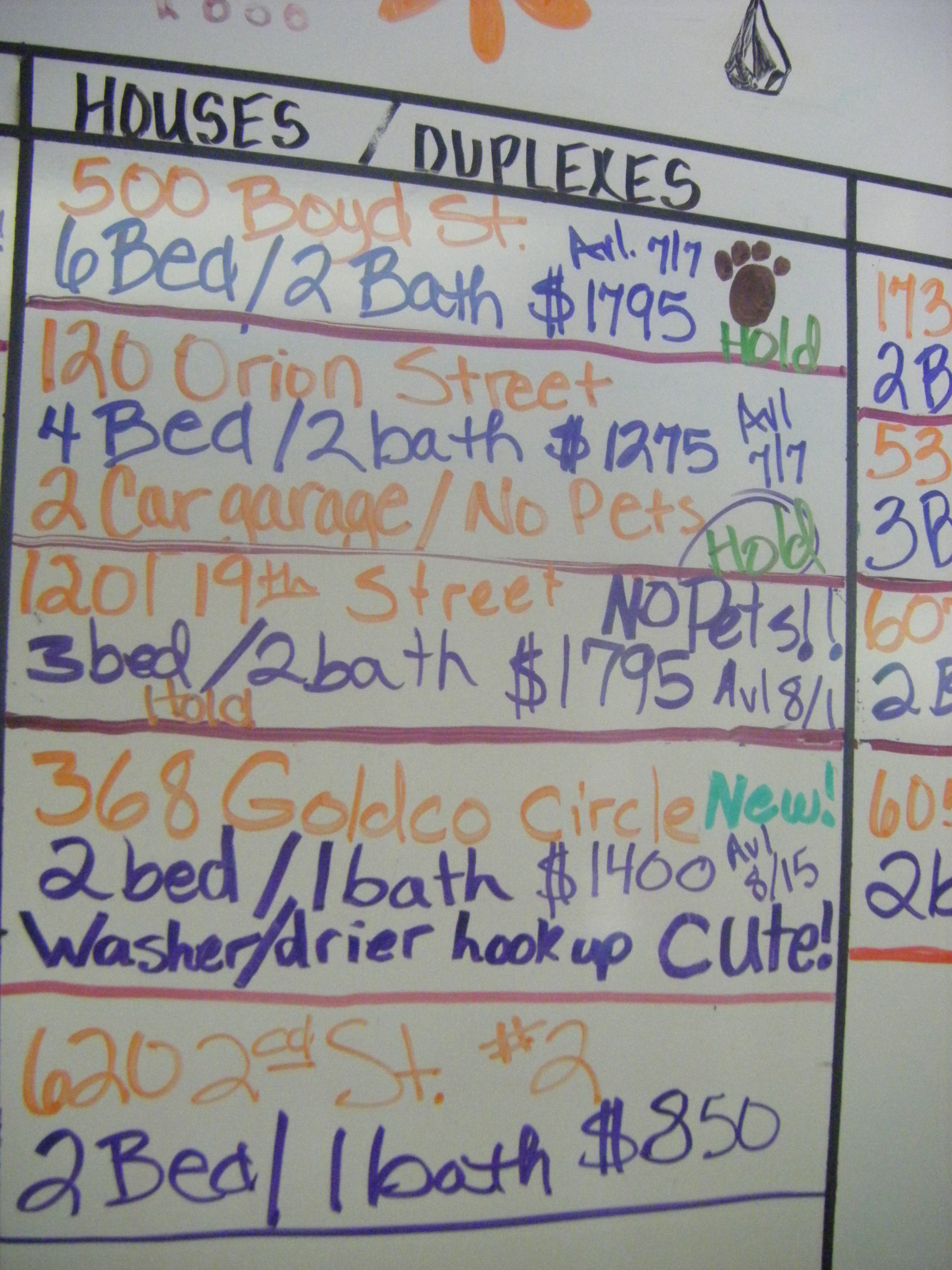 I like characters who’ve been shaped by their past and their environment, had it seep into them. With Kirk, you see it in his grandiosity – he spends so much time exaggerating things to his customers, making wild claims and stressing the positives, that he’s lost touch with reality a little. When he says he’s like a counsellor, or a social worker, he genuinely believes that. There’s not much self-awareness, but that doesn’t really hold him back, he just barrels along. He’s Trumpian, in a way – an odd combination of sharp and oblivious that turns out to be very successful, for him at least. Like Trump, he’s always got an excuse in his back pocket, and a way of abandoning responsibility when it benefits him. And of course he’s got the power in the relationship with the flat-hunter too. That’s one of the creepy thing about the story – she knows Kirk’s a bit of a dirtbag, but she also knows that he’s holding all the cards, so she just has to let him say what he wants, however obnoxious or crazy. If you picture a person enjoying that unchallenged position day after day, year after year, you can see how they might get warped a little bit.

Kirk is almost constantly active – saying banal things, turning the hob on and off, opening and closing the fridge. That’s how he dominates the exchange with the flat-hunter. Neither of them have been in the flat before, so it’s sort of neutral ground, but he quickly fills it with his noise, so she’s on the defensive and a bit bewildered. A writer once told me about the importance of establishing status in your work, and I think that can be really useful.

I work most of my stories from a key moment in the narrative, which could be at the beginning of the action, at the end, or somewhere in the middle. So I picture a moment, then ask myself who would be there, why, how they might have got there, where they’d be going next etc. And hopefully the elements of the story – characters, plot, tone – sprawl out from that one moment, in steps that feels logical or even inevitable. So when I’m writing, I try to let different element story push the process forward at different times, latching onto the most promising aspects – in any given moment that could be some nice dialogue, an image, whatever. My background is in writing and editing nonfiction, and I think that’s given me a flexibility and pragmatism that can be incredibly useful. If you’ll forgive a little preachiness, I get annoyed when writers make the writing process seem overly mystical or inexplicable. I think a lot of people would love to try writing, but don’t see themselves as innately creative. Or they worry it’s a club you need to be invited into.

Kirk came together quite quickly, and immediately felt very solid – picturing him at different points in the story, I knew exactly what he would be doing or saying. Lots of my characters aren’t like that at all. But it’s a relief when they are. Kirk definitely felt like the right man for the moment I’d imagined. He fitted.

I realise I’ve made Kirk sound a bit of a monster. And he probably is. But the flat-hunter’s underlying desperation comes from the fact that there’s a housing shortage – something she, as a middle-class person moving to the city, is partly responsible for, just like I am in London. When pressed, Kirk presents himself as an unavoidable side-effect of these huge socio-economic forces. Of course that’s convenient for him, but just because something’s convenient doesn’t mean it’s not true.

I write about a lot of slightly macabre stuff, but I think bad people – inherently bad – are very rare indeed. But I also think the world we live in and the choices we make come with a cost, whoever we are. I like uncomfortable connections in fiction, and I think we’re all closer to Kirk than we’d like to admit.

Craig Burnett is a former journalist, who now works for a global politics think tank. He was born in Dundee and lives in south London, where he writes about awkward conversations, nasty surprises and the weight of the past. He has stories forthcoming in Noble Gas Quarterly, Flexible Persona, Fictive Dream and the Glasgow Review of Books. He Tweets @cburnettwriter.

Previous PostSo, um, what is creative nonfiction exactly?
Next PostBorrowing a rib and breathing life