So you think you have writer’s block? Think again.

This round we have some thoughts from Jenna Heller, author of ‘For The Love of Andrew Mehrtens’ in Issue 10: Jenna, originally from the US, now lives within walking distance of a swimming beach in Christchurch, New Zealand, with her partner and their two teens. Her writing has been published in various journals including Popshot, Takahe, Poetry NZ,*82 Review and Flash Frontier.

So you think you have writer’s block? Think again.

No matter how real it feels or how debilitating it appears to be, I fully believe writer’s block is a complete illusion. A myth that has been handed down through the writing generations and perpetuated time and time again by people using that phrase to explain their lack of creative progress or output. As though writer’s block was a condition or illness like chicken pox or the flu, something you catch in a reasonably mysterious way and something that will eventually pass once it has run its course.

I don’t buy into that. 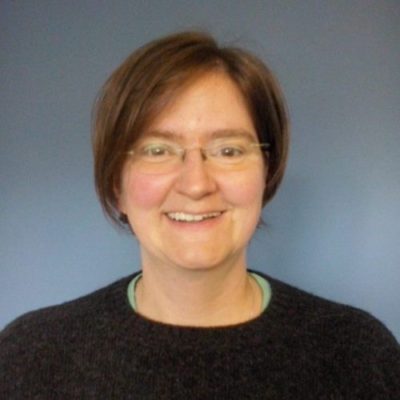 Writer’s block is a trick that your mind plays to distract you from writing. It’s like a funhouse mirror that draws you in and makes you question what you know to be true, makes you think there’s a problem, gives you an excuse to not write when actually it’s just YOU getting in your own way. And the longer you look into that funhouse mirror, the less you’re able to see the truth.

If you believe that your creativity is something that requires you to be in the mood, and that this mood is as fickle and unpredictable as the weather, that it comes and goes on a whim, then more than likely, you’ve experienced some form of creative wasteland and called it writer’s block.

The only time I ever experienced anything remotely like writers’ block is when I was in my early-twenties and full of unrealistic expectations. I sat down to write when I could afford the time away from my studies and other commitments and because I had no idea when the next block of time would materialise, I put all sorts of pressure on myself to perform: Write a story! Make that poem blush on the first draft! Pull beautiful phrases out of thin air and send characters spinning into snowstorms of events that require virtually no editing!

This type of thinking was so debilitating and my belief that my creativity would be unexpected and fleeting meant my writing was sporadic at best.

There’s a slightly different version of this experience that stems from being overly concerned with a grand outcome. It goes like this: You sit down to write and you think you’ve got something really good, something that might make you the next J K Rowling or Witi Ihimaera. You imagine life as a Writer with a capital ‘W’. A writer like Cormac McCarthy or Marie Howe. But you just don’t seem to be able to make any obvious progress.

You fiddle with a few words here and there and with each day the anxiety builds around your ability to actually write the story or the novel or the poem. Your mind begins to search for an explanation and suddenly it’s staring into the funhouse mirror: You tell yourself that you can’t do it, that you’re ideas appear to have dried up, that you aren’t sure what to write next, that you’ve got writer’s block.

You see how that works?

You simply show up day after day at roughly the same time in roughly the same place and you write. You don’t expect virtuosity. Instead, you write for your own pleasure and you keep showing up, trusting that the good ideas will come.

How long do you write for? Until.

Jenna Heller, originally from the US, now lives within walking distance of a swimming beach in Christchurch, New Zealand, with her partner and their two teens. Her writing has been published in various journals including Popshot, Takahe, Poetry NZ,*82 Review and Flash Frontier.

Previous PostDrawing Blood From Stone
Next PostExtras: ‘The Caretaker’ with Sally Christie