Voice and other questions: Part Two

We asked Headland authors featured in Issue 8 some questions around narrative voice: do they write with a particular message in mind or greater thematic purpose? Is their writing for art’s sake or do they have another driver? In our previous post, Sandra Arnold, author of ‘When the Wind Blows’, shared her thoughts.

Next up we have Emma Robinson, author of ‘Shelter’. Emma grew up in Wellington and is a graduate of Toi Whakaari: NZ Drama School. In 2015 she completed the short fiction paper at IIML (Victoria University of Wellington). ‘Shelter’ is her first published story.

The stories I have written share a domestic setting and focus on relationships within families. It might be the family we are born into or one we create with our partner, children and friends. 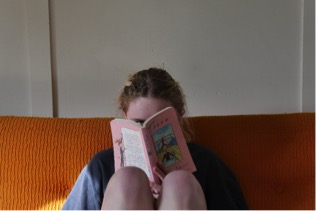 When I started thinking about this post I remembered that I used to write a diary, the first being when I was about ten years old. My early entries veered between overly descriptive passages about the weather and lists of what I had done that day at school. By my teens I had moved on to what I had eaten, interspersed with rants against a parent, friend or sibling who did not understand. As I got older my diaries became journals with sporadic entries detailing specific “momentous” events. Every January the previous year’s volume was added to the pile stashed in the back of a cupboard.

One winter about a decade ago I hauled out the box containing the ramblings of my younger selves. After four hours of cringing I drove to a friend’s house and fed most of them into her open fire. As I watched my words turn to ash that would later be added to her compost and hopefully assist in the creation of delicious potatoes the following spring, I wondered who all that writing had been for? 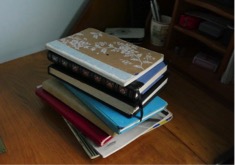 I grew up in a family that liked to read. Lugging boxes of books up winding Wellington paths is a signature memory of my childhood and has made “good access” one of the key things I now look for when moving house. There was always a book in our Christmas stockings, a tradition I continue with my partner and my daughters.

Writing was a means of expression but not one I considered sharing. I saw myself firstly as a performer (studying acting at Toi Whakaari) then moved behind the camera to directing and production work. Yet I carried fragments of stories in my head for years. The persistent nagging of these incomplete tales led me to apply for the short fiction paper at IIML (Victoria University). The trimester spent on the course gave me the confidence to continue. It also unearthed a desire to take my writing out of the hidden notebooks and find a form that I could share.

I began to jot down these ideas and images. Walking to school, new Roman sandals rubbing at your heels. Your cousin says that the sound you hear, the whine of wind through overhead power lines, means it’s earthquake weather. Boarding the last bus outside the Mr Wimpy burger bar on Willis Street. A girl leans her head against the window and rides the bus to the end of the line. She walks slowly up the street to where her mother is not expecting her. 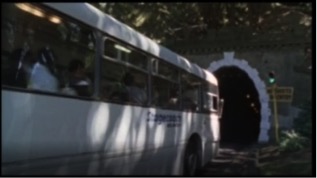 During the IIML course some found their way into my portfolio and have since been refined. Others are waiting to be carved out. The insistent ones are like Wellington’s southerlies finding any exposed skin, and when you try to wrap up and ignore them they morph and burrow into your stomach causing a dull ache. At some point it becomes easier to allow them the form and structure they crave. The process moves from bloodletting to something more akin to an archaeological dig. I sift through the facts as I know or imagine them, then listen for where the story wants to take me. 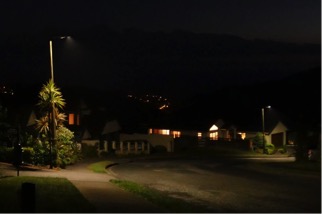 To answer one of the questions posed by Headland, I don’t start out with a particular audience in mind or a message I’m trying to express. The characters in my current stories are all searching for a place they belong but this wasn’t something I deliberately set out to explore. When I started writing Shelter it was in the first person from Lily’s perspective. William Brandt (IIML course convenor) suggested moving the story to a third person narrative. Changing the perspective allowed me to shift the focus and write a stronger story. 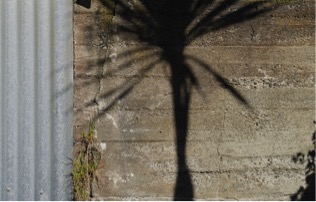 The process of editing and rewriting which led to the changes in Shelter is similar to the way I develop a photograph. The first draft is what I capture “in camera”, the editing is processing. Adjusting the shadows, deepening saturation or lifting the clarity can all improve the image, while cropping allows you to choose what your audience sees. The adjustments and corrections are no less important than the instinct to click the shutter at a given moment. 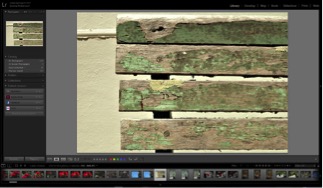 Emma Robinson grew up in Wellington and is a graduate of Toi Whakaari: NZ Drama School. In 2015 she completed the short fiction paper at IIML (Victoria University of Wellington). ‘Shelter’ is her first published story.

Previous PostNarrative Voice
Next PostWho is telling our stories?